Melanie Dobson uses this quote by Robert McAfee Brown which perfectly encompasses the inner struggle that Daniel Knight faces as he tries to find out what has happened to his childhood friend Brigitte Berthold. They escaped from Gestapo agents who had arrested both of their parents and the young children fled Germany and crossed over to England where they were separated upon arrival. Daniel vowed to find Brigitte after the war, a promise he has fought to fulfill for more than seventy years. 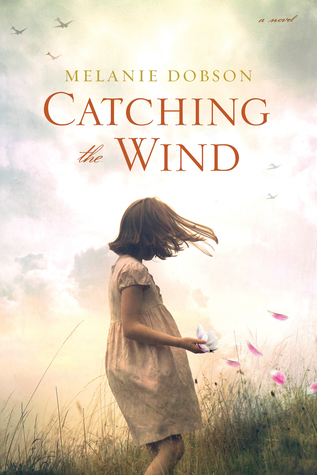 With the aching retelling, constant searching and investigating of the possibility of her whereabouts, Daniel hires an American journalist named Quenby Vaughn whose tenacious ability to discover missing people and reports on various wartime accounts convince Daniel that she can uncover the details of Brigitte. Quenby is currently investigating WWII espionage stories which gives her the success necessary to move forward where the countless investigators before failed to locate Brigitte. With the assistance of Lucas Hough, Daniel's lawyer, the two delve deep into the past following a trail of deception, sacrifice, and healing that could change all of their futures.

I read this book in less than eight hours, the vivid historical details and mysterious interlaced stories all connected with espionage drama takes your mind on a whirlwind journey of anticipation and heartfelt delights. The novel boasts very interesting and thrilling accounts of British aristocracy and upper class specific to their involvements of conspiracy with the Germans which included handwritten letters, invisible ink, micro-photography and secret codes. All with the goal to aid Hitler's assault and wreck havoc on England's facilities. Despite all the heartache and sorrow war and unknowns can bring, we are reminded that "resilience springs from hope, and hope from love." Every history lover will not be able to put this book down as all adult responsibilities were gladly set aside.