This is a beautiful, deeply personal book, because it’s about you. I will warn you, as Donna Gibbs does, that this book will poke and prod at some of the most sensitive parts of your heart. That’s the point: silencing insecurity by exploring insecurity.

The book is divided into 3 sections: identity (which includes comparison, success, failure, background and more), unnecessary problems (namely mental, emotional, and relational), and lastly "The Necessary Secret" (how to overcome insecurity and move towards wholeness and dependence on God). Each chapter contains questions for journaling titled "Freedom Q & A". 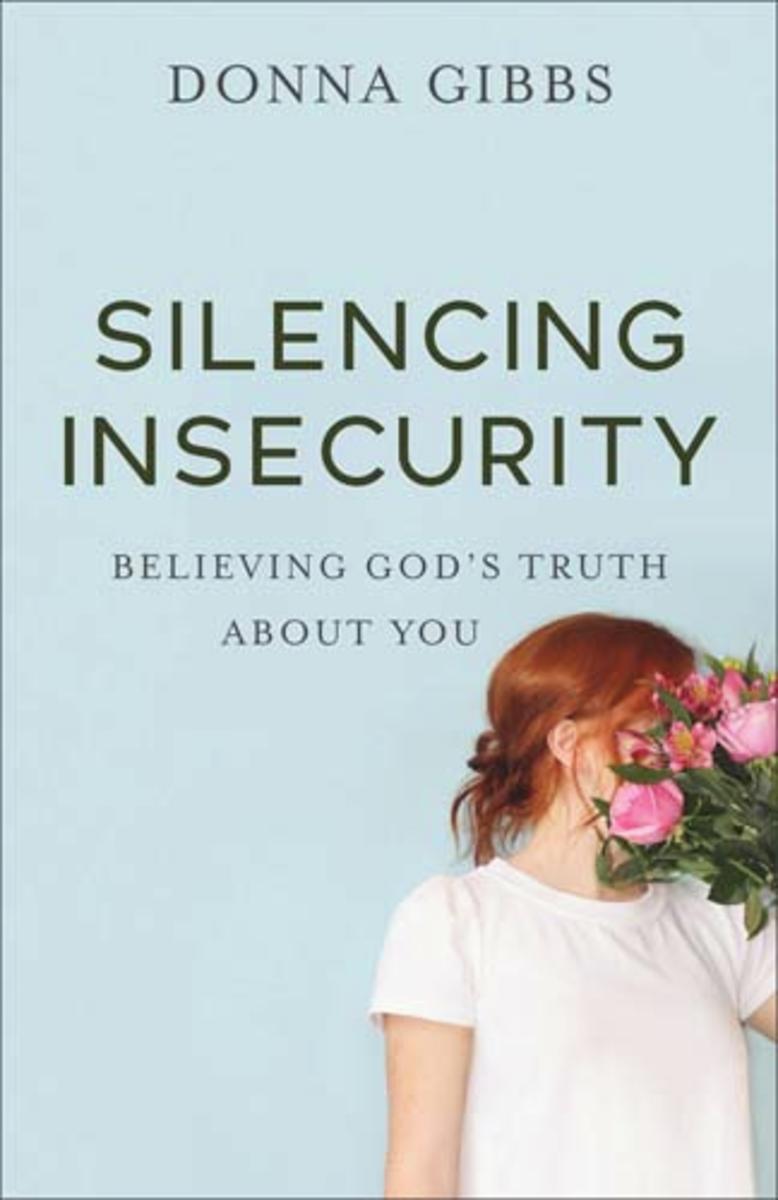 Some example questions are:

As you can see, these questions and more are sure to open up some very old and deep wounds, but that is exactly what will lead to healing. Although it would still be helpful, a casual reading of this book just won’t do. No, you need to highlight, journal, and make a beautiful mess of this book to get the most out of it. As I journeyed through the first few chapters, I already found myself realising some things that were holding me back, that I hadn’t yet healed from, or that encouraged me deeply where I most needed it.

Gibbs uses Scripture and God’s promises to show us how to overcome past hurts and the lies that become entrenched in our hearts from our pasts, from society, and from the enemy, to realise our true identity in Christ. Each chapter also contains a “Victory Verse” for memorization to aid you in taking hold of the truth of God’s word as it applies to your life.

This is a wonderful book for anyone who struggles with self esteem, has difficulties with their past or present situation, or is feeling stuck in their life or spiritual walk. This book contains the Biblical tools for overcoming strongholds in your life. It would also be helpful to anyone wanting to better understand how their identity in Christ should affect their life on a practical level.

Silencing Insecurity is already changing my life, and I plan to go back to it again and again.

For more information on Silencing Insecurity by Donna Gibbs, visit our website here.
Posted by HOJ at 12:24 PM No comments: 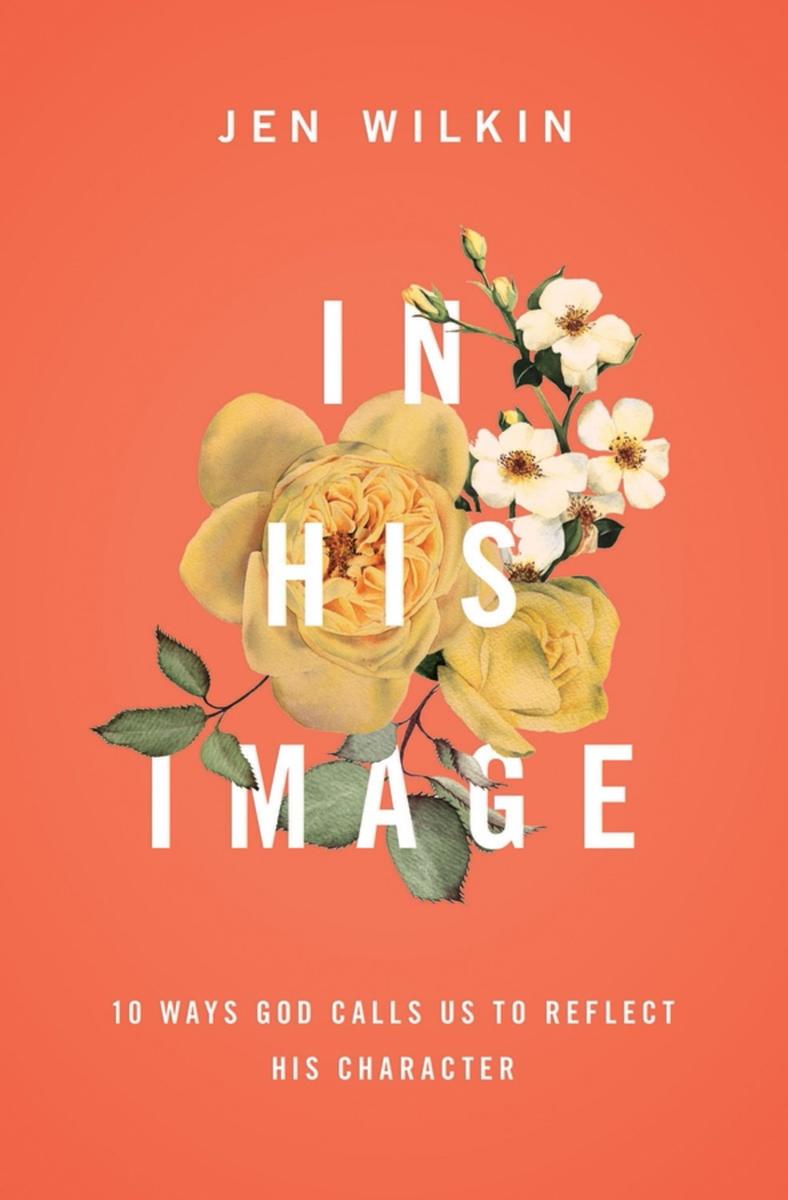 I'll be honest, I first picked this one off the shelf because it's such a beautiful book. In this case, you can judge a book by its cover! This is one of my favourite books of this year, and I'll be coming back to it again and again.

In His Image is a follow up to Jen Wilkin's None Like Him. In her previous book she outlined 10 different attributes of God that show how different He is from us. In this book, she goes through 10 attributes of God - holiness, love, goodness, justice, mercy, grace, faithfulness, patience, truth, and wisdom - and illustrates from a Biblical perspective how we as Christians can reflect God's character in these ways to the world, while getting to know Him better.

Also, in this book, discovering God's will becomes asking the question "Who should I be?" rather than the paralyzing "What should I do?" Wilkin outlines this in the following excerpt :

"Our inclination is to discern God's will by asking, What should I do? But God's will concerns itself primarily with who we are, and only secondarily with what we do. By changing the question and asking, Who should I be? we see that God's will is not concealed from us in His Word, but is plainly revealed."

While revealing aspects of God's character, Wilkin reassures us that following God's will is as simple and as impossible as being molded into the image of Christ, rather than our actions and plans for our lives.

One Goodreads reviewer said she follows Jen Wilkin because she "doesn't make things fluffy and encourages women to use their minds." I agree completely with this statement. I love Christian women's books, but as feelings-based as my personality is, they often focus too much on emotion and inspiring words, and don't have much theological depth. This book is very deep but so easy to understand and apply. It is theology-based and encourages practical, sanctifying study of the Word. Each chapter is shorter than average and contains verses to meditate on as well as questions for journaling and deeper study. A book to read and reread, study, highlight, and take notes on. If you're looking to get to know God's character better, deepen your faith, or are looking for a gift that will inspire and teach a new believer, this is the book for you.
--Aliah--
For more information on In His Image by Jen Wilkin, visit our website here.
Posted by HOJ at 9:54 AM No comments:

I picked this book up not really knowing what to expect. My first thought was "Ooooh! What a pretty cover!" Then, "Oh wow, I need to know more." And then I began reading, which didn't take me long because it's not even 200 pages. But what is in here is so good and raw and honest and beautiful and chalk FULL of God's goodness and mercy and grace. 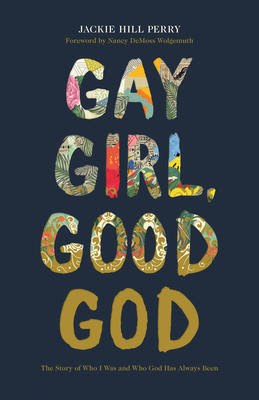 Jackie Hill Perry's gets to the nitty-gritty right away in her introduction saying, "A gay girl once? Yes. Now? I am what God's goodness will do to a soul once grace gets to it. In saying that, I know I've already offended someone. I don't assume that every hand that holds this book will agree with every black letter on the pages. There are many who, while reading, won't understand gayness as something possible of being past tense. It is either who you are, or what you have never been. To this, I disagree. The only constant in this world is God."

Jackie's Hill Perry's story is a unique one for sure. She writes that before she could even spell her name, she knew she liked girls instead of boys. Her father was absent, minus a day here and there, and he told her once that if he never saw her again that he wouldn't be that upset. At age five, she was sexually assaulted at a friends house by the older brother. Then by the time she was 18, she had embraced both masculinity and homosexuality with every fiber of her being. And it was during her second relationship with a woman that she started using drugs.

Then God broke in and changed everything.

I seriously can't get over how powerful this book was. Not just her story, but it made me look at my own life and my own sin, and how I look at the friends and family I know and love that would identify themselves as gay and ask myself, "have I been truly loving them and speaking the gospel, or have I failed"?

After finishing this book, I came out with two big take-aways. The first is that as Christians, who may or may not have people they love who are gay, we need to make sure we are speaking more about Christ to them than hell. As soon as I finished the book, I pulled out my phone and started following Jackie on Instagram. I scrolled through and found a video of her being interviewed about the book and she said that when she was living her life before, all she heard was hell and that's where she would end up if she didn't change. Nobody talked to her about Jesus and his mercy and grace and wisdom. What?! The second would be that we stop making marriage the ultimate goal to hit as Christians. It's wonderful and awesome ( I would know) but it's not the "highest glory" that I think we sometimes preach that it is. To a same-sex attracted Christian, they may (like Jackie) marry someone of the opposite sex, but they may not. They may be called to a life of singleness. And that is OKAY. In both, God is glorified.

I encourage you to pick it up even if you're hesitant. This topic isn't always easy, but reading something that challenges you is important. It helps you grow. And reading someones story, I find, is a helpful gateway into challenging topics.


For more information on Gay Girl, Good God by Jackie Hill Perry, come in and see us, or visit our website here.
Posted by HOJ at 9:51 AM No comments: 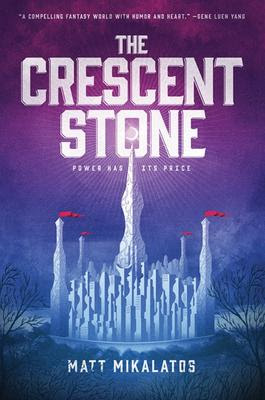 That premise hooked me immediately. I was sucked into the reading vortex.

We open with Madeline Oliver; she is desperate to be a normal teenager who is able to breathe on her own. Her life changes when a random, oddly dressed stranger, named Hanali makes her an offer she can’t refuse: a year of breathing in exchange for service to his people, the Elenil who are fighting against the evil Scim.

Are you intrigued yet?

Well you should be, because this was an amazing read!

It features honest logic, hilarious one-liners, twists and turns, and ridiculous rules of living, such as magical self-cleaning toilets (which leads to one asking where does it disappear to?).

For fans of Narnia and The Lord of the Rings, this trilogy is sure to interest those who cannot say no to an adventure. Whilst in this magical kingdom, Madeline and her friend Jason Wu will discover an even greater evil lurking within the city walls. Journey along with them as they discover the true meaning of friendship and sacrifice. We are left wondering if love truly can save the lost and broken?

For more information on The Crescent Stone by Matt Mikalatos, visit us in store or check out our website here.