"Either she and her children would emerge from that wilderness together, or none of them would…" 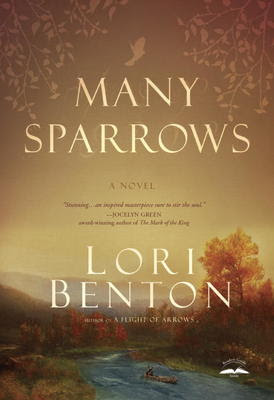 The moment I saw this book come into the store, I reserved a copy for myself. I LOVE historical fiction and Lori Benton did not disappoint with her newly published book Many Sparrows.

The story takes place in 1774, two years before the American Revolution starts. Virginians Clare and Philip Inglesby, with their four-year-old son Jacob and a baby on the way, decide to head west to meet up with a man who wants to settle farther west into hostile Native American territory. Not wanting to leave her family and everything she's ever known (especially being eight months pregnant), Clare is hesitant. After their wagon crashes, Philip is forced to go back to the previous settlement to get help, forcing him to leave Clare and Jacob alone on the remote trail, promising to come back. When Philip doesn't return, Clare finds her son is missing and herself in labor.

Enter Jeremiah Ring: Virginian frontiersman and adopted Shawnee native, who stumbles upon Clare during her labor and helps bring Pippa into the new and dangerous world. And reluctantly he tells Clare that he will help her find her lost son.

This story was so well written and the theme that encompassed the whole thing was one that really got me. The verse that kept showing up was from Matthew 10:29-31 that says, "Are not two sparrows sold for a penny? Yet not one of them will fall to the ground outside your Father's care. And even the very hairs of your head are all numbered. So don't be afraid; you are worth more than many sparrows".  Clare struggles with trusting the Lord and that's something that I generally struggle with too. So often we want God to do things our way because we think we can get what we want done faster or better than he can. When in reality, his way is always better and his way is always good.

For more information Many Sparrows by Lori Benton, visit our website here.
at October 23, 2017 No comments:

The Evaporation of Sofi Snow 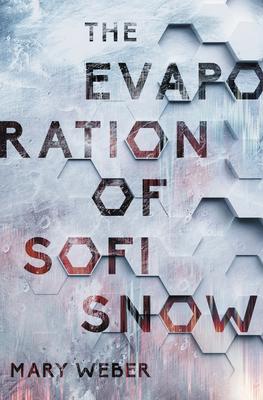 The Evaporation of Sofi Snow was published in June of this year (2017) and has been screaming at me from my to-be-read list ever since. I dove in a couple of weeks ago and was not at all disappointed - I finished reading it in two days between work shifts, homework, and several instances of inescapable socializing. Mary Weber has held my attention in the past, for a full trilogy of fantasy and world-building wonder in the form of Storm Siren and the subsequent sequels (which you can read about in my general raving and gushing here for the first two and here for the third installment in the series). And so, I had high hopes for The Evaporation of Sofi Snow.

In the first two or three chapters I was a little afraid I would be reading a Hunger Games meets Divergent rewrite but I was gloriously mistaken. Weber introduces an aspect of science fiction to her post-apocalyptic world right from the beginning that neither of these series invested in - aliens - and it is a never-ending ride of twists, turns, and suspense. If you can't stand a cliff-hanger, you may want to wait until the sequel is released - the way she left me hanging in this one nearly made me scream. It's been a while since an ending got to me that well. Mary Weber, colour me impressed.

Sofi and Shilo are her inseparable sibling characters at the crux of the story, and Miguel is the troubled, mysterious, enemy-of-my-enemy-is-my-friend, with a complicated history between him and Sofi to make the drama all the more real. This is everything my YA-Fiction-loving heart could ask for: drama, troubled teens, broken relationships, close sibling relationships, virtual gaming, futuristic technology, strong female characters in prominent roles, blackmail, human experiments, and of course, nothing is ever as it seems.

The sequel, Reclaiming Shilo Snow, is set to release in March of next year. I will be waiting with bated breath, falling off the edge of my seat in anticipation. This new series by Mary Weber is my favourite in youth fiction this year. March 6th, come quickly!

For more information on The Evaporation of Sofi Snow by Mary Weber, visit our website here.
at October 07, 2017 No comments: